Breed Bio: All About the Airedale Terrier

Breed Bio: All About the Airedale Terrier 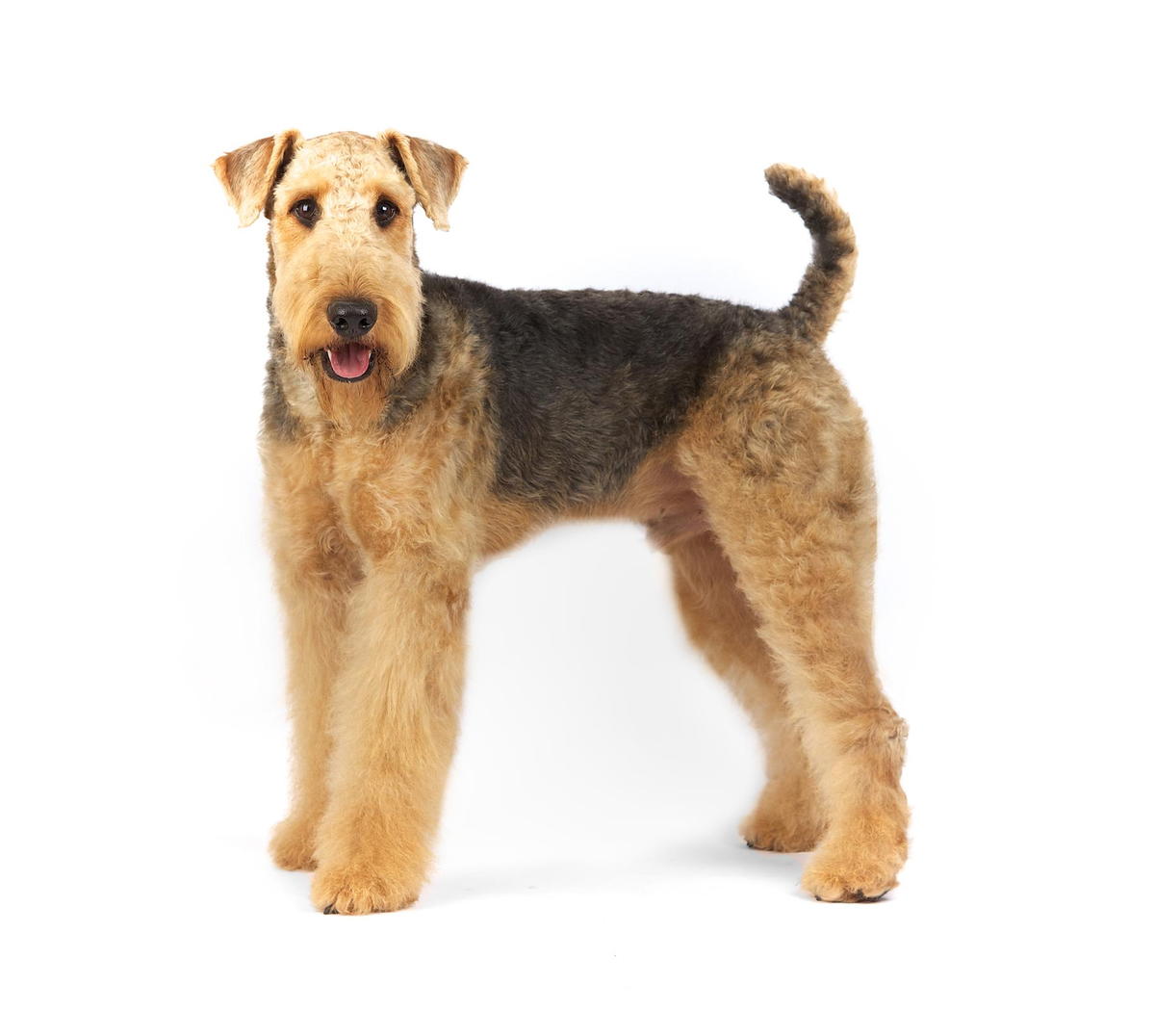 Airedale Terriers are known for being the largest of the terrier breeds; coming in at around 23-24 inches tall at the shoulder and weighing between 50 and 60 pounds for a full-grown male. They also have long, flat faces.

They have long legs and are typically found in tan and black or tan and grizzle colors, with a wiry, course coat that sits flat. Some grooming is needed, or trimming and stripping of the coat on occasion, but the coat only sheds minimally so they are a great option for pet owners that don’t want to find a ton of hair on clothes or furniture.

Thought to have originated in England, the Airedale Terrier was bred to hunt rats that inhabited the riverbanks. While the rats were likely pesky, the rat hunting was more of a game, which drew spectators, than simply a way to rid the community of the rodents. The breed was later used in World War I, utilizing their independent and confident traits.

Airedale Terriers are very strong-minded and independent dogs, but they do best when they have human interaction! They are intelligent and bold and can make great companions. This breed does have a good amount of energy, so they like playing and are very willing for new adventures or challenges.

This is a breed that likes new activities and playing – some would even say they can be silly or comical when goofing around! Airedale Terriers do well with pet owners that let their intelligence and skillsets shine, such as seeking out training classes or hunting activities They are good with children and adults alike and are very outgoing, so tend to do well in social situations.

On average, Airedale Terriers can live anywhere between 10-13 years, but are susceptible to a few health concerns. Hip dysplasia, digestive diseases, bloating and thyroid problems are some potential health concerns associated with the breed. Like with all breeds, pet owners can work with their veterinarian to catch these potential issues as early as possible.

Did you know these Airedale Terriers facts?

For more information about Airedale Terriers, visit their page on the American Kennel Club website or talk to someone at the Animal Hospital of Woodstock.