Breed Bio: How Well Do You Know the Bulldog?

Breed Bio: How Well Do You Know the Bulldog? 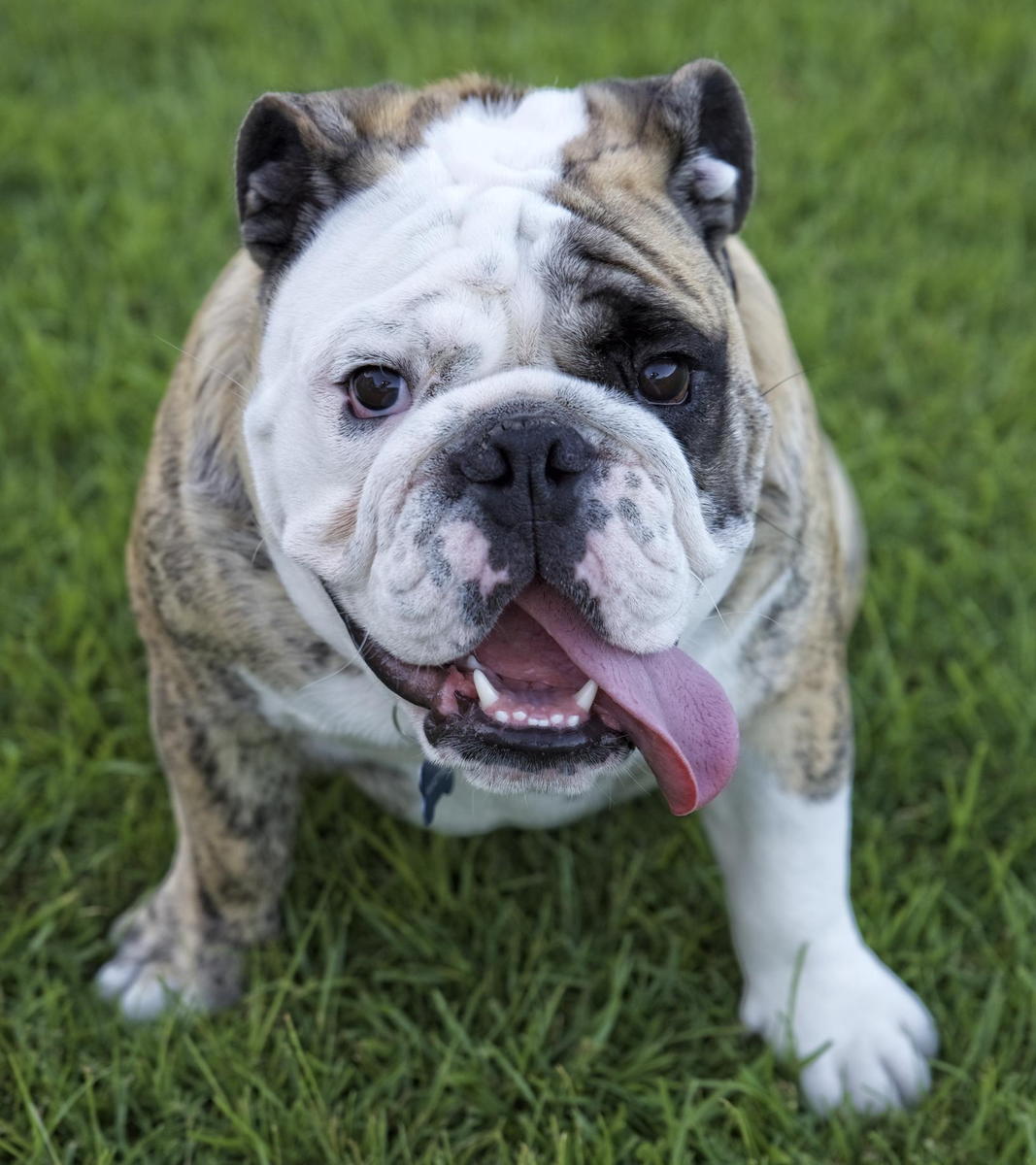 Oftentimes, in cartoons or movies, the English Bulldog (also know as the Bulldog) is portrayed as a tough guard dog and protector. While that stereotype is not always the case with this breed, that label was likely cast due to their physical appearance. Ranging from 50-55 pounds depending on the gender, a Bulldog’s body is stout and compact, covered in a short, smooth coat. They are also famous for their wrinkles and sturdy, squat legs! Their appearance certainly can give them a strong and protective demeanor.

English Bulldogs are thought to be descendants of mastiffs, originating in the British Isles. The term “bull” comes from the fact that the breed was originally (and cruelly) bred as a pawn in bull baiting.

Despite a tough reputation in Hollywood, this breed is actually a great family dog. They are extremely loyal and protective, but very gentle when with their companions. The breed forms strong relationships with their humans, and have been known to form especially solid bonds with children when raised together.

While English Bulldogs need exercise, just like any dog, they don’t require long stretches of physical activity – nor will most ask for it! They don’t need a large yard to be happy, but appreciate walks, time outdoors and play. Due to their bulkier frames, they aren’t very agile or quick dogs, so they also make great pets for apartments and more urban lifestyles.

Given their shorter snouts and bone structure, this breed can be prone to respiratory issues. These components can also lead to snoring and sneezing. This breed is sensitive to extreme heat or cold, so pet owners should be alert in climate changes to the English Bulldog’s needs and comfort. We’ve seen that this breed is also susceptible to cherry eye and skin issues due to the folds in their access skin.

For more information about Bulldogs, visit their page on the American Kennel Club website.

Interested in a Bulldog or similar breed for your family? Let us know how we can help!